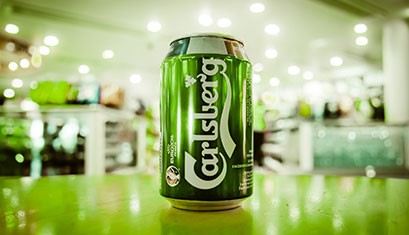 Carlsberg has reported a revenue decline of 12.6% in its first half year results, as its second quarter was impacted further by lockdown measures. The Danish brewer posted half year revenues of DKK 28.83 billion ($4.58 billion) as its second quarter revenue fell 16.9% due to the impact of lockdowns and restrictions on gatherings across its markets. With approximately 25% of the company volumes sold in the on-trade channel, Carlsberg said the impact on its results had been “substantial” as its operating profit fell 10.8% to DKK 4.62 billion ($734 million). In the six months ended 30 June, Carlsberg’s beer volumes declined organically by 6.7%, while its nonbeer volumes fell by 12.9%. In addition to Covid-19 impact, non-beer volumes were impacted by the lower sales of soft drinks at the German/Danish border. According to Carlsberg, Western Europe was the most severely impacted by the pandemic, whereas Asia and Eastern Europe were able to mitigate most of their revenue shortfalls through cost reductions. While the company’s Chinese business “rebounded in Q2” – after significant drops in Q1 – with 18% volume growth, its recovery could not offset the significant declines in the rest of the Asia region. Revenue declined organically by 13.4% in its Asian business with a 8.8% drop in total volumes. However, the company witnessed “rapid acceleration” of its e-commerce and digital platforms, with third-party e-commerce sales up by 46% in the first half and particularly strong growth seen in Asia. In Western Europe, total volumes declined organically by 12.3% and revenue was down by 14.7% in the second quarter. Towards the end of the quarter, performance in several markets saw signs of improvement due to gradual reopening of the on-trade. Carlsberg’s alcohol-free brews portfolio grew by 9% in Western Europe and the company expects further acceleration following Covid-19, fuelled by increased awareness of health and well-being among consumers. Meanwhile, Carlsberg’s business in Eastern Europe saw a relatively modest impact from the pandemic due to low on-trade exposure. Carlsberg’s CEO Cees ’t Hart said: “To mitigate the impact of weaker volumes and mix, we’ve reinforced our focus on costs, cash and liquidity. “Recognising that we’re faced with a new market reality, including changed consumer preferences and a reduced level of on-trade activity, we’re taking measures to adapt our business accordingly.” The company has now issued a new full-year guidance and expects to deliver an organic operating profit decline of 10-15%.