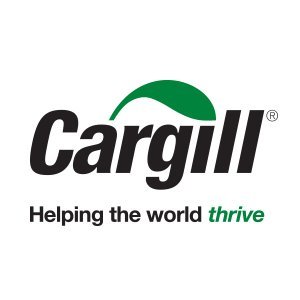 Cargill has announced ten new renewable energy projects, which it expects will reduce CO2 emissions by approximately 350,000 metric tons a year. The US agriculture giant says that these latest initiatives, which span several continents, represent progress on its 2025 greenhouse gas emissions reduction target. Cargill has committed to a minimum 10% reduction in these emissions from its operations by 2025, against a 2017 baseline. According to Cargill, the CO2 emissions saving that is expected upon completion of the projects, will be comparable to providing electricity for more than 40,065 homes per year. In addition, the company claims that the initiatives will provide economic benefits to their respective regions and states in the form of jobs, landowner and tax payments, and money spent in local communities. In the US, Cargill has partnered on a range of solar projects to reduce or offset the emissions from its operations. Six of the company’s facilities in central Texas will receive energy from the Misae Solar I project, beginning in May 2021, while in Utah Cargill has partnered with a solar developer to receive renewable energy credits (RECs). The company is also supporting solar power in Illinois, Minnesota and New York. On the South American continent, Cargill has signed power purchase agreements (PPAs) for wind energy to run facilities in Brazil and Chile. The agribusiness firm has also partnered with a local energy company to construct a solar farm near to the Cargill plant in Villagrogona, Colombia, which will fulfil approximately 42% of the facility’s electricity needs. In the Netherlands, Cargill recently completed the installation of an on-site solar project at its facility in Velddriel, which will provide 100% of the energy needed to power the plant during the day. A joint venture launched by Cargill in India with a local renewable energy provider, CleanMax, is expected to supply 70-80% of the electricity needed by the food processor’s Davangere facility. “To help us meet our climate commitments, we’re focused on operating more efficiently, pursuing emissions-reducing technology and investing in renewable energy to power our operations or offset our emissions,” said Jill Kolling, vice president of sustainability at Cargill. “We continue to invest in renewable energy projects to change the way we power our operations, harnessing the innovative, economic and environmental benefits of renewable power.”